Peter Paul Rubens art for sale, he painted over 570 paintings

Peter Paul Rubens art for sale, he painted over 570 paintings

Sir Peter Paul Rubens (Dutch pronunciation: [ˈrybəns]; 28 June 1577 – 30 May 1640), was a Flemish Baroque painter, and a proponent of an extravagant Baroque style that emphasised movement, colour, and sensuality. He is well known for his Counter-Reformation altarpieces, portraits, landscapes, and history paintings of mythological and allegorical subjects. In addition to running a large studio in Antwerp that produced paintings popular with nobility and art collectors throughout Europe, Rubens was a classically educated humanist scholar and diplomat who was knighted by both Philip IV, King of Spain, and Charles I, King of England.

Please contact me if you wish  to buy or sell.I have the legal mandate to sell Peter Paul Rubens  art –  paintings.

In 1608 news came that Rubens’s mother was dying. He left immediately for Antwerp, but by the time he arrived she had died. Once home, Rubens decided to stay in the city. His reputation had preceded him, and in 1609 at the age of 33 he was appointed court painter to the rulers of the Netherlands, the Archduke Albert and his wife Isabella.The following year, he married his own Isabella – Isabella Brandt.

Rubens could now afford to buy a grand house in a fashionable part of Antwerp. He built a large studio to accommodate his pupils and assistants (he received far too many commissions to complete them all single-handedly). He designed it himself in an Italian style. He also added a circular sculpture hall, based on the Pantheon, to the house.

Rubens’s major business was altarpieces, particularly suitable for an artist who enjoyed working on a grand scale. A diligent and disciplined man, he rose at 4am each day and worked until 5 in the evening before going out riding to keep himself physically fit. While painting, he would have someone read to him from a work of classical literature. An enthusiastic collector of gems, ancient sculpture and coins, and other curiosities (including an Egyptian mummy), Rubens’s collection became a well-known attraction for visiting dignitaries.

In 1622 Rubens was commissioned to carry out a huge project in Paris for the notoriously difficult Maria de Medici, widow of King Henry IV of France. Two entire galleries were to be decorated with scenes from the lives of the queen and her late husband. The commission was a fraught one. Maria was awkward and changeable; and her favourite, Cardinal Richelieu, saw Rubens as a political threat. After years of wrangling, the project was abandoned half completed when Maria was banished from court.

In 1625 the plague reached Antwerp. Rubens moved his family to Brussels until the worst of it had passed. They then moved back to Antwerp where, to Rubens’s horror, his wife became ill and died, probably of plague. Usually a man who prided himself on his stoicism, Rubens was devastated by the loss of ‘one whom I must love and cherish as long as I live’.

Rubens threw himself into his diplomatic work in order to distract himself. He spent several months in England where he carried out several commissions for Charles I who was a passionate collector of art. One of the commissions that Rubens was to carry out for Charles was the decoration of the roof of his new Banqueting House at Whitehall.

From the mid-1620s Rubens become increasingly busy with diplomatic duties. Antwerp, in the southern Netherlands, was part of an empire ruled by Catholic Spain. The Protestant northern Netherlands were united under Dutch rule. Both sides hoped to unite the Netherlands under their own regime.

In 1610, a 12 year truce between the Dutch and the Spanish had allowed the Archdukes Albert and Isabella to continue their Catholic rule in peace and stability. In 1621 the truce came to an end and just at this crucial time, the sovereign Archduke Albert died. His consort, Isabella, continued as governor but her situation was a precarious one as Spain, France and England tried to decide who they should ally themselves with, and against whom.

Rubens was called upon to negotiate in France and England on behalf of Isabella as the representative of the Spanish Netherlands. Because painters often had reason to travel to foreign courts, he was well placed to carry out secret or delicate visits without his presence arousing suspicion. He became a close confidante of Isabella and she valued his advice.

In 1624 Rubens was granted a patent of nobility by Isabella’s nephew Philip IV and in 1627 she moved him even further up the social scale by making him a ‘gentleman of the household’.

After 18 months abroad, Rubens had had enough of the thankless task of politicking. He returned to Antwerp to see his children and to look after his domestic affairs. He could also dedicate himself entirely to painting. One of his most important patrons in the 1630s was King Philip IV of Spain who commissioned over 80 paintings. In 1630, at the age of 53, Rubens married again. To everyone’s surprise he did not marry into the nobility, but chose Hélène Fourment, the 16 year-old daughter of a respectable merchant family. Rubens was clearly bowled over by his new wife with whom he had five children, and she figures in numerous portraits, including a version of ‘The Judgement of Paris’ in which she appears as Venus. During his last years Rubens spent increasing amounts of time with his new young family in his country house, the Chateau de Steen. He began to paint more landscapes, often for his own enjoyment, rather than for sale. Having suffered painfully from gout for several years, in 1639 a particularly bad attack left Rubens unable to paint and he died a few months later in May 1640. Mark Rothko paintings for sale one of the most famous postwar American artists. 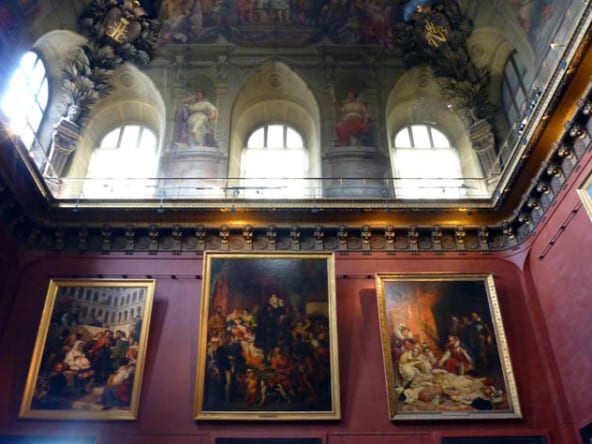 Fine Art for sale,Old masters and modernist Paintings we buy and sell.

Fine Art for sale,Old masters and modernist Paintings we buy and...
Continue reading
by stefan katafai