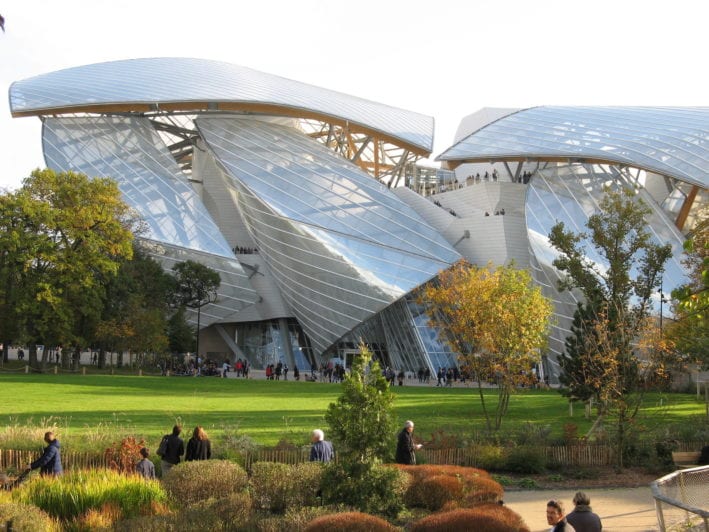 The Fondation Louis Vuitton, situated in the Bois de Boulogne, a stone’s throw from the Jardin d’Acclimatation, opened its doors on 27 October 2014 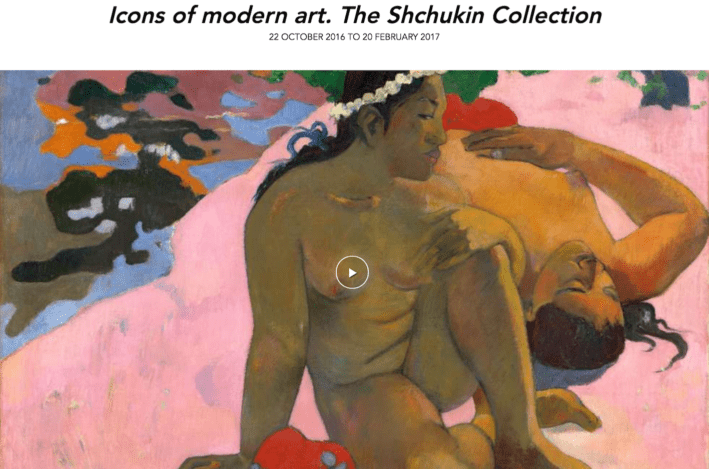 One of the most important modern art collections in history Russian textile tycoon Sergei Shchukin’s private collection will be on display together from October 22 through February 20 at the Fondation Louis Vuitton in Paris.
The Icons of Modern Art exhibit will feature 130 works, including pieces by masters such as Picasso, Degas, Monet, Renoir, Matisse, and Van Gogh. In total, the collection, amassed between 1897 and 1914, features an impressive eight Cézannes, 13 Monets, 16 Gauguins, 41 Matisses, and 50 Picassos—all with a particularly tumultuous history. One tenet of the Bolshevik Revolution was that art should be owned by the public and not by individuals, so all the pieces were forcibly taken from Shchukin’s home and dispersed. Stalin ordered the great works to be hidden until his death (which was in 1953). Then, over the last 60 years, the art began to appear in select museums once again and Shchukin’s 74-year-old grandson, André-Marc Delocque-Fourcaud, began to push for a major exhibition of the pieces together—as the famous collector intended them to be displayed.

Bernard Arnault, the chairman and CEO of LVMH (a multinational conglomerate of luxury brands like Christian Dior and Dom Pérignon), took on Delocque-Fourcaud’s challenge of getting France and Russia to agree on the partnership and now will finally be bringing the collection to the public starting next week. 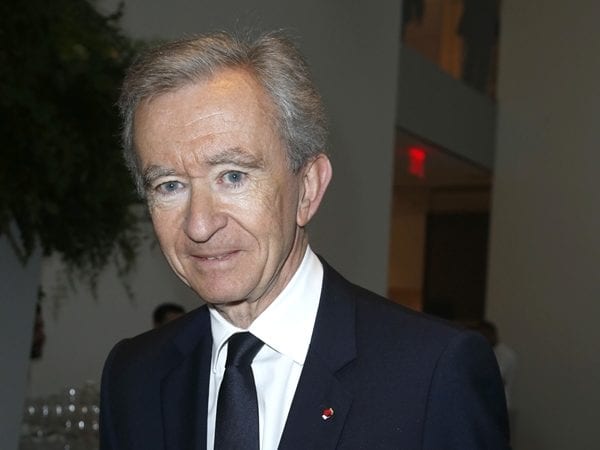 And, he continues, “we got the approval of both governments, which, at the present time, is . . . something.” The show is not only the epitome of globalization—“a Russian national treasure, which is primarily French art, installed in a building designed by a U.S. architect”—but also a testament to the power of brands, and art, to transcend politics. “In a way, my group and myself are ambassadors around the world,” says Arnault. “The average Chinese person, for example, knows the name of Christian Dior or Louis Vuitton more than he knows the name of any French head of state—maybe with the exception of Napoleon.” 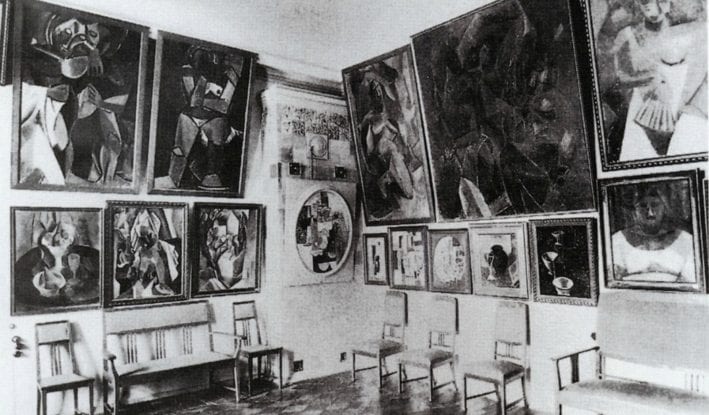 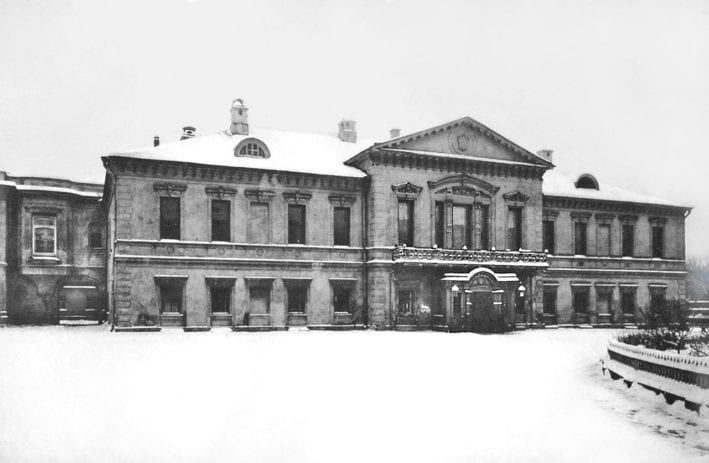 The exhibition will take over the entire museum just as Shchukin’s collection took over his home, the Troubetzkoy Palace, and it will also follow Shchukin’s original approach to displaying the art. 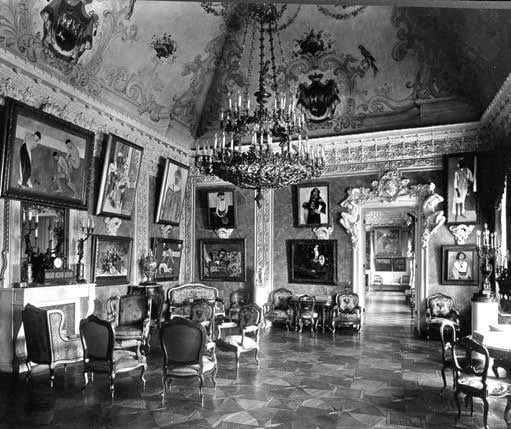 A catalogue in three languages (French, English and Russian) will also be published for the exhibition. “The project focuses on narrating the genesis of modern art and the upheavals marking the 1890-1914 period when the collection was created,” reads the official description. “Shchukin’s original viewpoint, which so greatly influenced the character of his collection, will be one of the main themes explored by the exhibition.”
In addition to the first major exhibition in the space, there will also be a number of dance and music events at the Fondation Louis Vuitton throughout the four-month period. It’s an especially great time to be an art lover in Paris because the opening of this exhibition is taking place during the 43rd annual Foire Internationale d’Art Contemporain (International Contemporary Art Fair) as well as the second annual Asia Now, a fair devoted to Asian art.

From Wiki about  Sergei Ivanovich Shchukin (Russian: Серге́й Ива́нович Щу́кин) (27 May 1854 in Moscow – 10 January 1936 in Paris) was a Russian businessman who became an art collector, mainly of French Impressionist and Post-Impressionist art, following a trip to Paris in 1897, when he bought his first Monet. He later bought numerous works to a total of 258 paintings decorating the walls of his palatial home in Moscow. By 1914, Shchukin owned thirteen Monets, including the iconic Lady in the garden and the smaller but complete version of “Picnic”, three Renoir 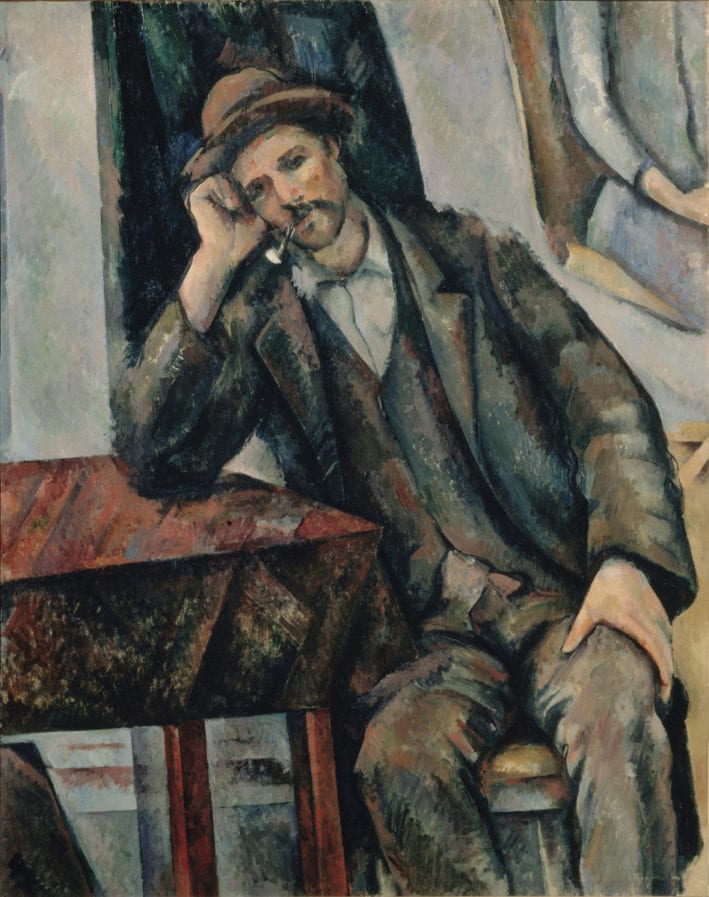 eight Cézanne, including famous “Carnival” (Mardi Gras), four Van Gogh (including the portrait of Dr Rey but the most famous Van Gogh in Russia “Prison Courtyard” and “Red Vineyard” were purchased by Shchukin’s friend and competitor, Ivan Abramovitch Morozov), sixteen Gauguin of the Tahitian period, which were hanged in his dining room in the manner of an orthodox iconostasis), seven Henri Rousseau, sixteen Derain, eight Albert Marquet, twoDethomas… Shchukin was particularly notable for his long association with Matisse, who decorated his mansion and created one of his iconic paintings, La Danse, specially for Shchukin. La Danse is commonly recognized as “a key point of (Matisse’s) career and in the development of modern painting”. Henri Matisse created one of his major works La Danse for Shchukin as part of a two painting commission, the other important painting being Music, 1910. An earlier version of La Danse (1909) is in the collection of The Museum of Modern Art in New York City.

The collection also featured fifty choice works by Pablo Picasso, including most of his earliest Cubist works, such as Three Women and major landscapes, but some key pieces of the Blue and Rose periods as well.
By the beginning of World War I, Shchukin’s collection stood at an impressive 258 artworks. Ten years ago, this collection was valued at around $3 billion but was widely considered to have been a conservative valuation.