Are you interested in your own business in Ibiza old town, then we can offer a Property with one of the most beautiful views.
This project is for a selected few  wealthy individuals.
You can build App. 1000m2, which should be enough for a boutique hotel or Restaurant.
Parking and pool.
Please contact me for full info.

From Dalt Vila to the harbourside quarter, Ibiza Old Town’s narrow, atmospheric streets are lined with fashionable bars, restaurants and boutiques and are steeped in history.

The Old Town comprises three main areas: Dalt Vila itself; Sa Penya, the old gypsy quarter on the northern slopes – now the home of the town’s colourful and vibrant gay scene; and La Marina, the town’s atmospheric harbourside quarter, the narrow streets of which are awash with bars, restaurants and fashionable boutiques.

Dalt Vila actually means ‘High Town. The dramatic main entrance is up a slope, crossing a drawbridge through the Portal de Ses Taules, flanked by mighty statues in roman stone, entering into an ancient cobbled stone courtyard, giving immediately on to the Plaza de Vila or main square. 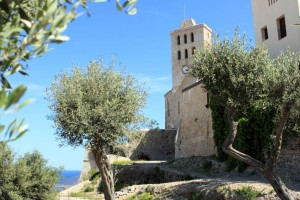 We highly recommend you to visit the following places: The bastions and ravelin overlooking the bay, the modern city of Ibiza, the beach of En Bossa, ses Salines and Formentera Island. The ancient convent of Dominicans, nowadays the Town Hall of Ibiza where it often hosts celebrations with dancing peasants and exibitions; The Cathedral of Ibiza, started in Fourteenth century and finished in eighteenth Century; Episcopal Palace, bishop´s residence; The Archaeological Museum based in the old building of the University, government institution from the island until its abolition by Philip V in the eighteenth century; Real Curia Building, similar to the current courts of justice, the Castle, La Torre del Homenaje ( Homage Tower), La Almudaina and The House of the governor, military buildings located on the top of Vila and currently in restoration process driven by Consel ld´Eivissa i Formentera; Sa Carrossa, a square with an statue of Isidor Macabich (Ibiza, 1883-1973), popular priest and historian native of Ibiza; Museum of Contemporary Art, housed in a former warehouse and parade ground of the eighteenth century, santCiriac chapel, with an entry that according to legend the Catalans used in 1235 to conquer the city; The seminar, former residence of the Jesuits and later diocesan seminary, now converted into apartments, and l’Hospitalet, a former church which is now usedas an exhibition hall.

Dalt Vila offers visitors many other attractions such as bars, restaurants, shops and art galleries and some small hotels, facilities that complement the wide and varied range of services from the popular seafaring district of Marina located between the fortress and harbor.

The walled enclosure from the city of Ibiza was declared in 1999 World heritage by Unesco. This declaration included also the necropolis of Puig des molins, the Phoenician settlement of Sa Caleta and the Posidonia meadows from The Ses Salines Natural Park. To celebrate this international recognition, the City of Ibiza organizes every second weekend of May a large galadevoted to culture and leisure. Recently, the city of Ibiza has joined the group World Heritage Cities of Spain, an association formed by the city councils of the Spanish State that for their unique historical, architectural and cultural values has been acknowledged by UNESCO as World Heritage Cities. Finally, we would like to highlight that Ibiza Town Hall regularly organizes guided tours through the streets of the historic Dalt Vila and the districts of Marina and saPenya..