The new Malaga airport, why its important to the Costa del Sol – Agent4stars.com – The finer things in Life

The new Malaga airport, why its important to the Costa del Sol

Terminal T3 (above) covers an area of 250,000m2 and has increased the capacity at Málaga Airport to 30 million annual passengers.

This means no future bottlenecks, its now possible to add nearly 18million passengers a year.More airlines will fly direct to Malaga.

There are now four terminals at Malaga Airport, since a whole new terminal has been added as part of the current improvement works.

Terminal 1 is used for flights to and from most international destinations outside of the EU.

Terminal 2 accepts aircraft from EU countries including the UK and Ireland.

General Aviation deals with all private aircraft flights irrespective of origin or destination.

There is also a Cargo Terminal at the end of Malaga airport access road.

The new terminal T3 has a surface of approximately 250.000 m² and is directly connected to the T2. The main building has 225 metres of façade with a luminous design and high ceilings facilitating the entry of natural light and includes the check-in lobby of nearly 20.000 m² and the baggage reclaim hall. In the forecourt which opens to the arrivals hall is situated the intermodality exchanger, a solution where converge all the possible modes of transport to get to the airport. It was inaugurated by the King Juan Carlos the 15th of March 2010. The inauguration was attended by numerous representatives of politics, business and aviation and many local and national newspapers, such as Sur in English.

Homes from the Banks & urgent private Sales in South of Spain

At the departure level there are situated 86 new counters (two of them for special baggage) distributed in two areas and 15 self-service machines for billing. Furthermore, there is one area of centralized security control with 9 security filters, which gives way to a shopping plaza which leads to the boarding docks. At the arrivals level there are eleven points for luggage pickup and one for special luggage. The departures gates are divided into 3 zones corresponding to the 3 docks of the airport. Dock B is for traffic outside the EU and non-Schengen, Dock C for European Union non-Schengen traffic and Dock D for the Schengen area (EU and non EU). The check-in counters at T3 are divided into 2 zones. Accessing the Terminal from Departures, are located the counters 301 to 362 and to right of them the counters 363 to 386. In the T2, opposite the entrance gates to the Terminal departure level are situated the counters 201 to 265. At T3, there are eight self-check-in machines, divided into two groups of four. All these are situated in the check-in lobby and so are as well all the offices of the Tour operators.

Passengers with reduced mobility can request personalized assistance via the web of AENA or the telephone information 902 404 704. Furthermore, in the terminal T3 there are information desks and meeting places located in all areas. At these points you can request assistance by pressing the panel through an intercom.

The transport interchange connects the new terminal T3, the bus station, the pedestrian access to the car parks P1 and P2 and to the RENFE suburban train station Malaga – Fuengirola. You reach the T3 by the access road to the departures area, where Taxis are allowed to drop of their passengers. Access of private vehicles is not allowed. The departure area has bus stop (line 19 to Malaga and the shuttle busMarbella – Malaga Airport) and Taxis. In the new future there will be available two new access roads to the airport: the South access via the A-7 and the new northern access via the ring road west. The new access from the highway will be exclusive to the airport. There is available a new sms service on airline information. Since many companies relocate into the T3, this service provides information about where to find the Tour operators and airlines. Passengers only have to send the name of the airline or the ICAO or IATA code to the number 27472 and they will receive a reply sms sent to their mobile phone. There is also a telephone information service for all users 24 hours a day, 365 days a year. The number is 902 404 704.

The new T3 terminal offers the passengers a commercial area with more than 10.800 m² in addition to the 1.100 m² of the terminal T2. The commercial area has been developed as a functional business area and at the same time as an attractive and innovative space for both the passengers and visitors. There are available more than 50 shops and restaurants, with outstanding international brands and a varied selection of Cafés and Restaurants for all tastes and purses. Travellers can also enjoy exclusive facilities such as Lamoraga Airport and the Sea Food Bar from Caviar House & Prunier, and others like Soho Coffee Co. and Starbucks. In addition, the new T3 has specialized shops for music, books, cultural gifts, toys, newspapers, jewellery, gourmet products, news, gifts, chocolates and sweets and other services like a pharmacy, vending machines, scales, internet, telephone booths, ATM’s, currency exchange and WIFI. Within this wide range of commercial offers there are as well also the second largest duty-free shop in Europe and the largest in Spain, and the first store of National Geographic at airports around the world. This attractive commercial offer at Malaga airport is available for travellers, guests and visitors, who can easily approach it by bus, taxi, suburban train, car hire, transfer or private shuttles. For the latter, the airport has two largecar parks, a Parking Express, a VIP parking and a Long Distance parking. We also provide information on Terminal 1, Terminal 2, General Aviation and the Cargo Terminal at Malaga airport. The launch of Malaga airport terminal 3 has not gone unnoticed by the airline companies. The importance of this province, main tourist entrance to Andalusia and fourth largest airport in Spain, has drawn a lot more attention. From the almighty low cost firm Ryanair to the Turkish company Turkish Airlines, among others. During the winter season 2009-2010, before the opening of the T3, 70 airline companies operated in Malaga, flying to 128 destinations. A year and a half later, in the current season, there are 85 airlines and 145 destinations, according to the figures provided to this journal by the Spanish Airports and Air Navigation Association (Aena). More than eight out of 10 travellers passing through Malaga airport – Costa del Sol punctuate its services and facilities as good or very good, according to a report on the levels of quality perceived by passengers, regularly performed by Aena airports.

Check the following tool to know if any departing flight is delayed. This tracker shows all flights from Malaga airport to any destination, including national and international locations:

When arriving at the airport by taxi for your outgoing connection you’ll be dropped off by the main Departures Hall, which is on the upper level of the airport building. There is no problem when you rent a car at the airport, because some companies leave you at the departures terminal. The suburban train service is also an interesting choice, the new train station is inside the terminal 3.

You should check-in at the desks as you enter the Departures Hall in Terminal 3, and all check-ins can be processed here. There are also some check-in desks in Terminal 2.

There are the usual amenities available once inside the departure lounges; duty free shopping, restaurants and snack bars, gift shops, a chemists and a post office, internet access points, as well as two VIP lounges in Terminal 2.

Once your flight has been allocated a departure gate, passengers will be asked to make their way to a pre-departure ‘pier’ or ‘bay’ – where the gates are situated. Access to both bays is from the lounge, with Bay B on the left and Bay C on the right. Usually flights to the UK will start from Bay / Pier C, but this is not always the case so check the information screens in the departure lounge.

For passengers with special needs Malaga airport provides ‘Green Jackets‘ – customer service agents who will assist up to check-in time, when the airline will take over. Wheelchairs will be requested at check-in.

You can also call the airport for departures information, although during high season you’re likely to find it continuously engaged. The telephone number is: 0034 952 048 838. 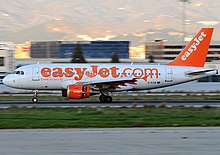 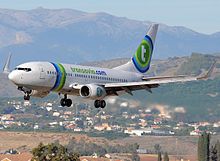