Carbon beach on the Pacific Coast Highway in Malibu California is Americas “Billionaires Beach” All 70 Houses are nearly owned by a Billionaire.

The world’s wealthiest have a residence here, therefore Billionaires’ Beach. Extending about a mile and a half along the Pacific Coast Highway, only 70 beach houses are located here, the owners include billionaires like David Geffen, Haim Saban, Eli Broad, Paul Allen and Gerald Schwartz. And of course, Larry Ellison. Other well-heeled homeowners include DreamWorks chief Jeffrey Katzenberg, film producer Joel Silver, and music manager (and longtime resident) Lou Adler. 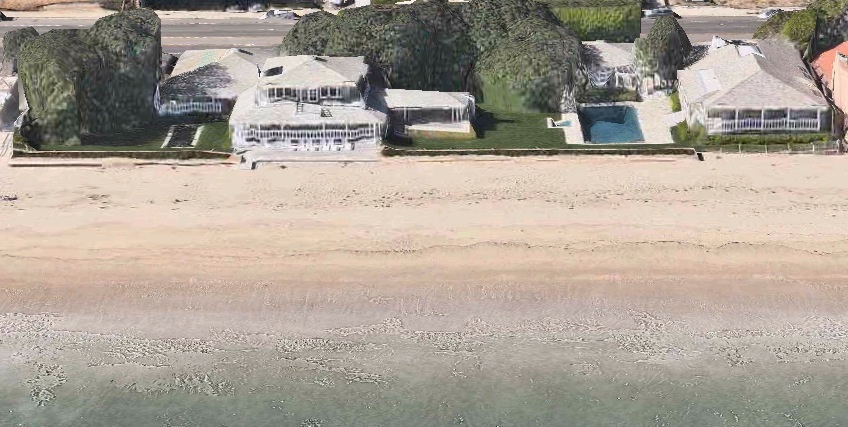 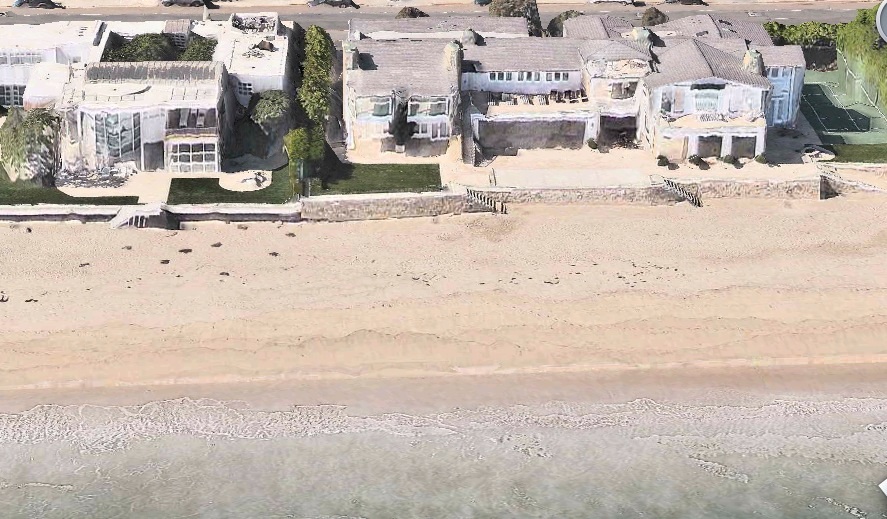 Larry Ellison, Oracle chief and America’s third richest man, has been bullish on Malibu’s Carbon Beach. In November he bought producer Jerry Bruckheimer‘s three-bed, three-bath bungalow for an undisclosed price, a mere two months after shelling out $36.9 million for former Yahoo chief Terry Semel’s 10,300-square foot Michael Graves-designed compound nearby. The deals pushed his Carbon Beach holdings into the double-digits, though some brokers familiar with the area (and his real estate portfolio) say he owns more like a dozen properties on the sandy strip. 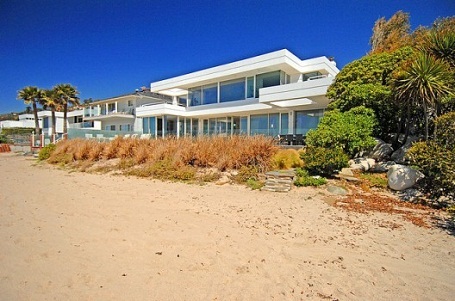 Offered for $29.5 million, Paul Allen paid $25 million. The home is around 5,800 square feet with five bedrooms, seven bathrooms, a gym and a screening room. The front of the house has a fortress-like look at the end of a long driveway and courtyard, to keep his privacy from the always busy Pacific Coast Highway 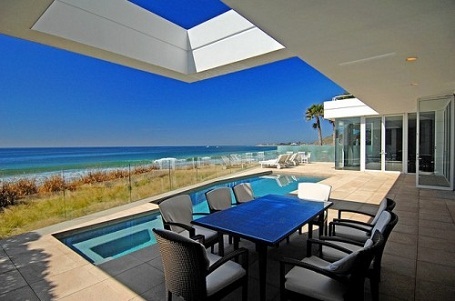 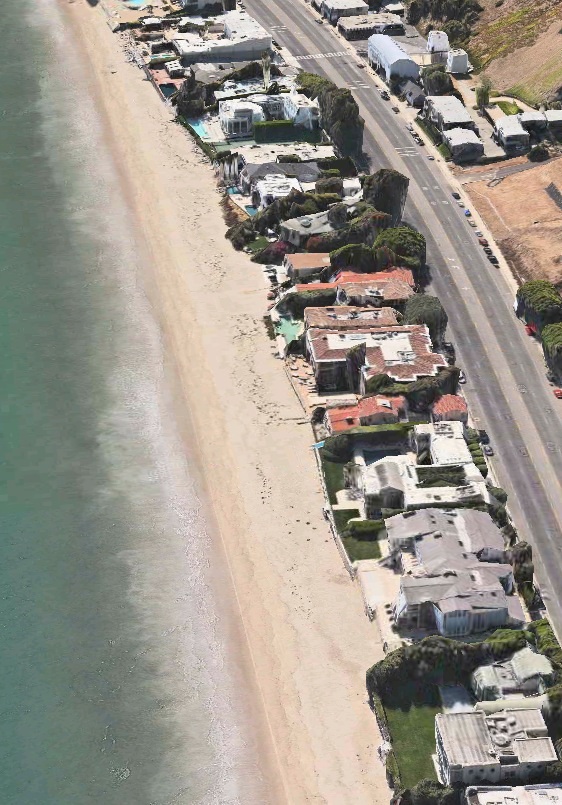 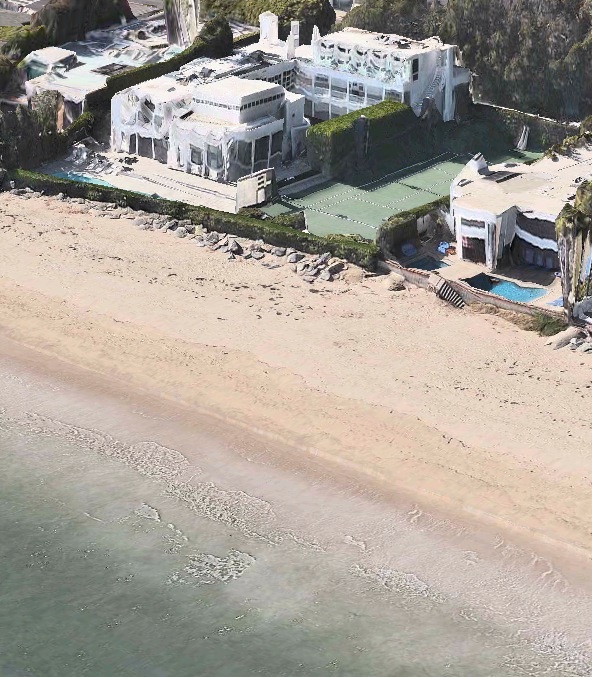 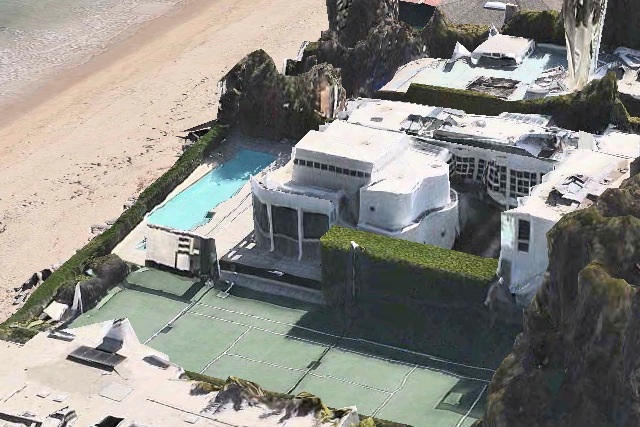 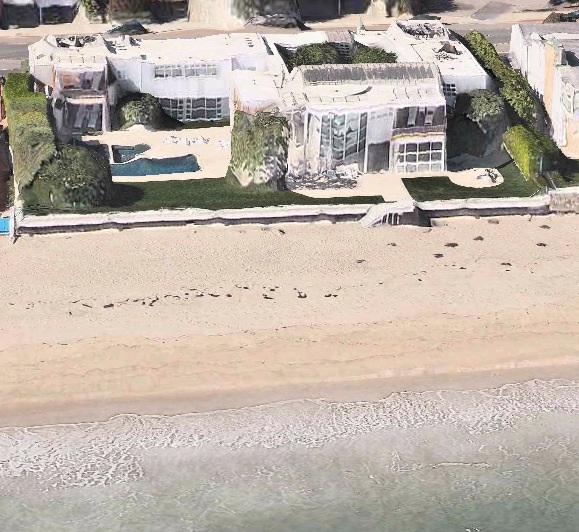 William & Carol Mechanic own a Carbon beach house it has a Blue roof.Bill is the film director of the “Fight Club” 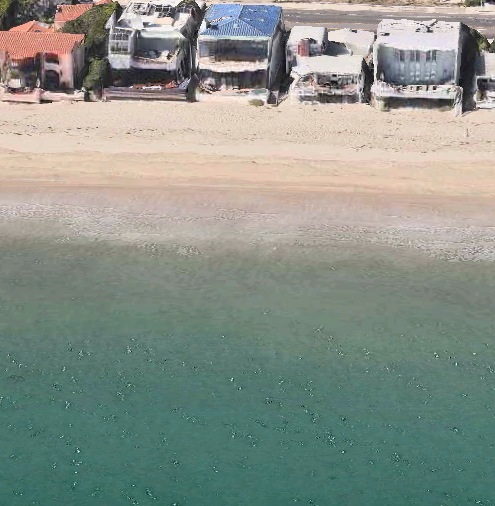 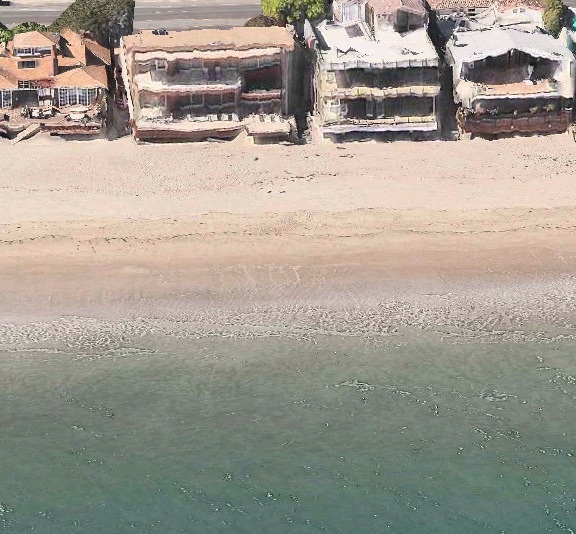 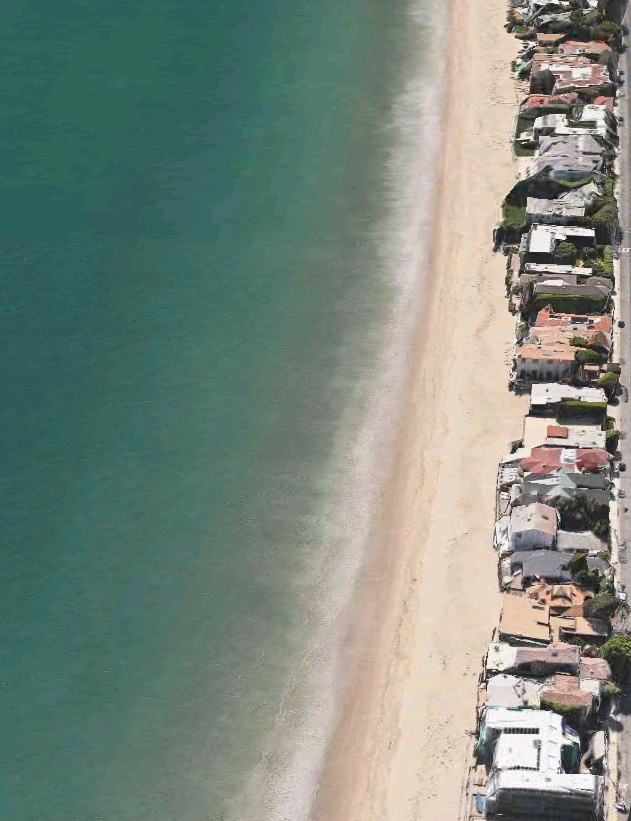 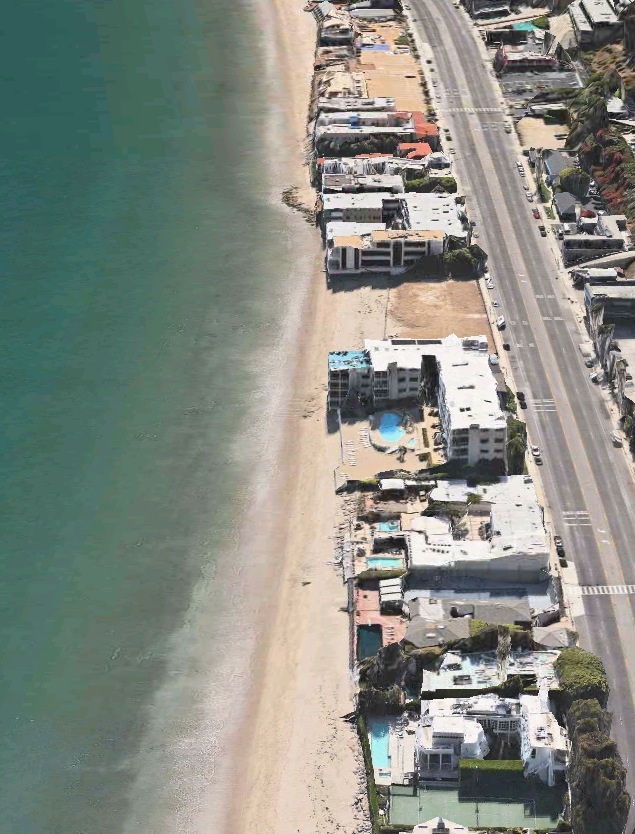 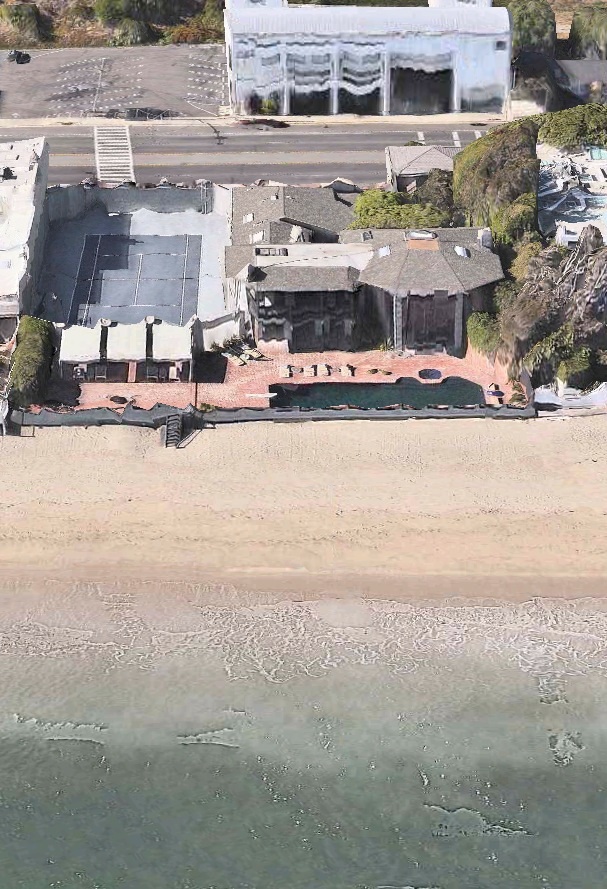 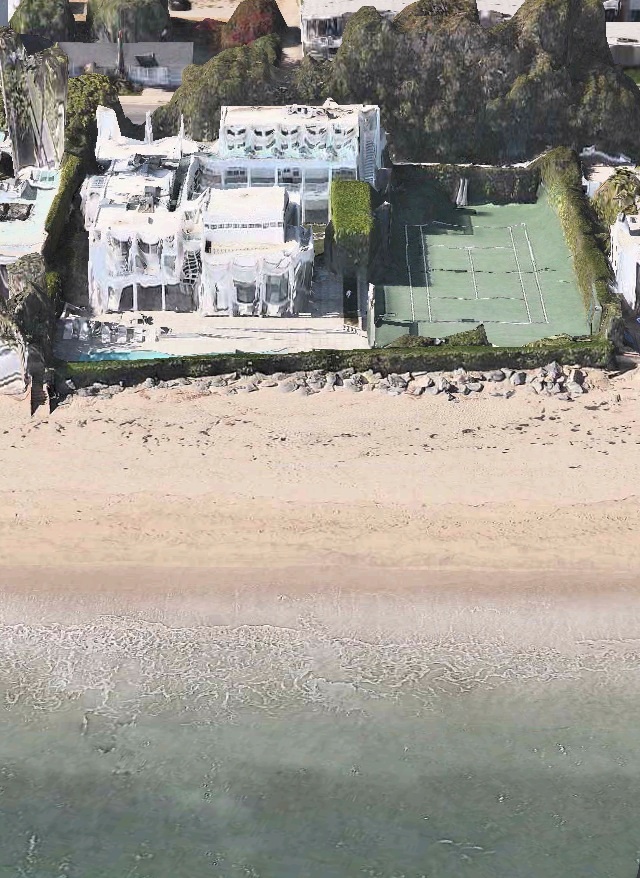 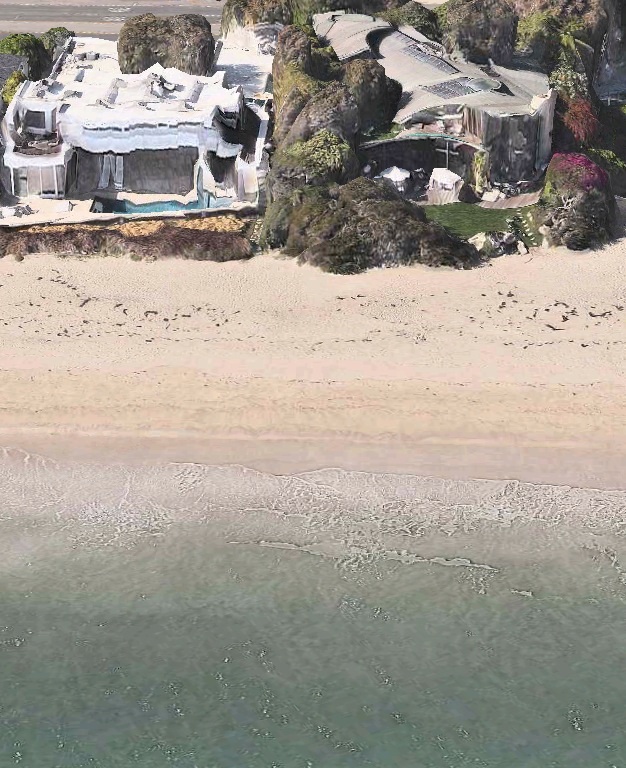 Owner Arnon Milchan (Hebrew: ????? ????’??; December 6, 1944) is an Israeli Hollywood film producer who has produced over 120 full-length motion pictures.Mr. Milchan is also a former key Israeli intelligence operative from the mid-1960s to the mid-1980s.Milchan’s films include The War of the Roses, Once Upon a Time in America, Pretty Woman, Natural Born Killers, Under Siege, The Devil’s Advocate, The Fountain, Unfaithful, L.A. Confidential and many others. He is an Israeli citizen, and a resident of Israel.

Haim Saban and Cheryl L Saban belongs to 22132 and 22664 Pacific Coast Highway, Malibu CA 90265(above no water in pool) Haim Saban is an Egyptian-born Israeli-American television and media proprietor. With an estimated current net worth of $3.5 billion, he is ranked by Forbes as the 104th richest person in America

The Jeffrey and Marilyn Katzenberg Residence, aka the Oceanfront Residence, 22350 Pacific Coast Highway, Malibu CA.(above White modern on the right) Jeffrey Katzenberg is an American film producer and CEO of DreamWorks Animation. Katzenberg is perhaps most known for his period as chairman of The Walt Disney Studios. 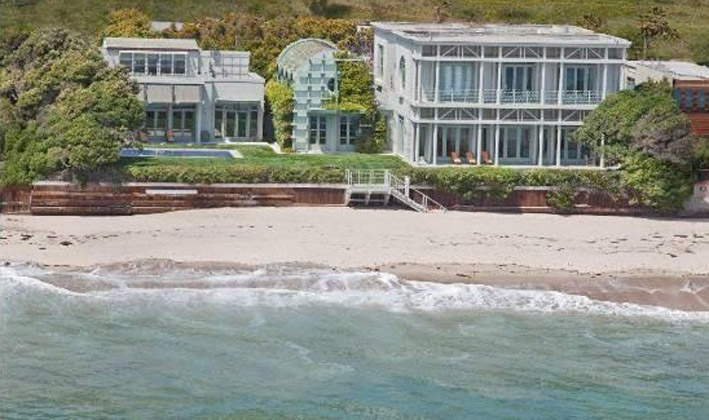 Larry Ellison Modern villa underneath you see if during reform. 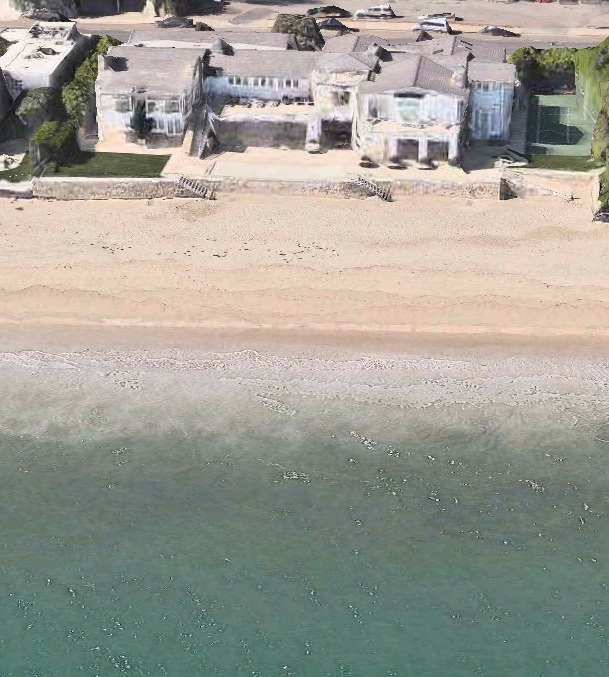 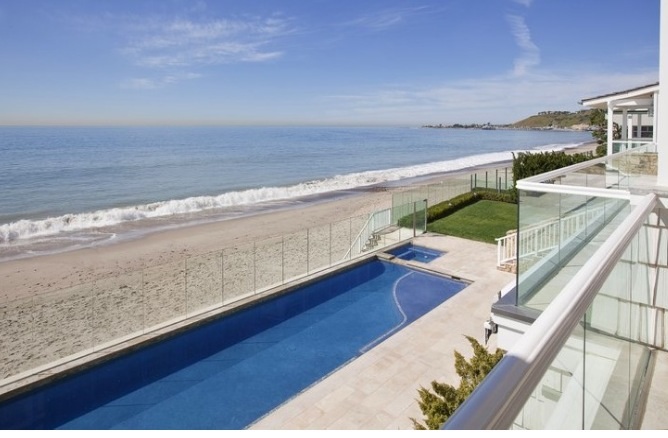 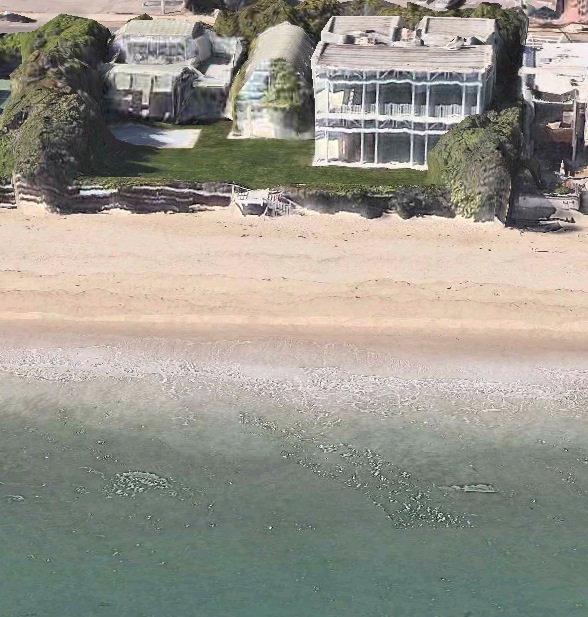 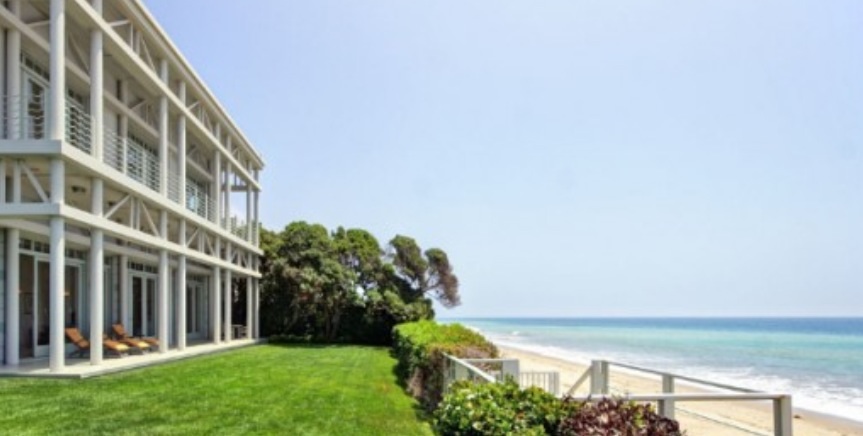 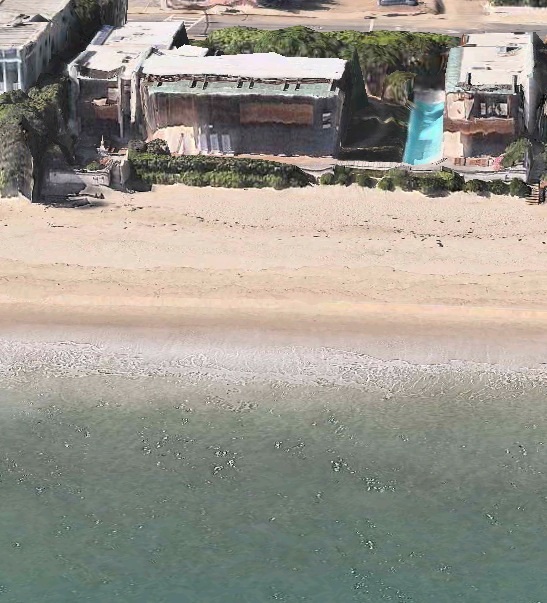 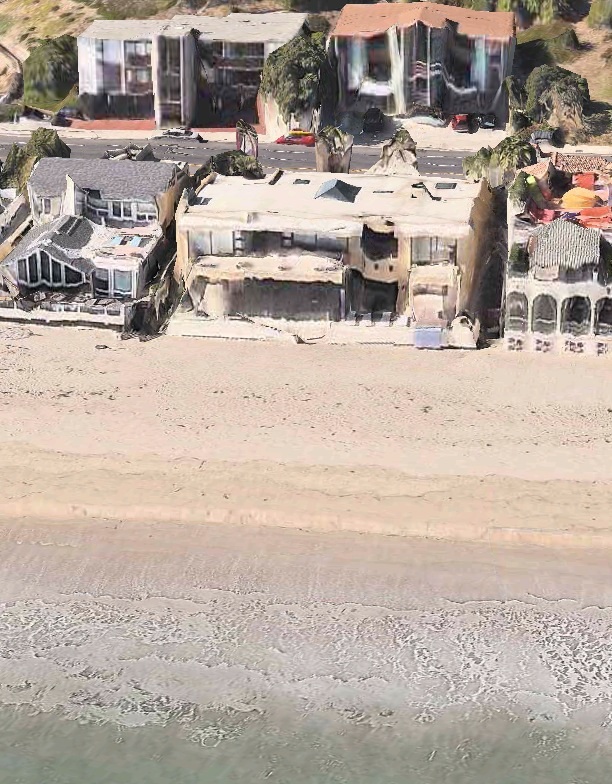 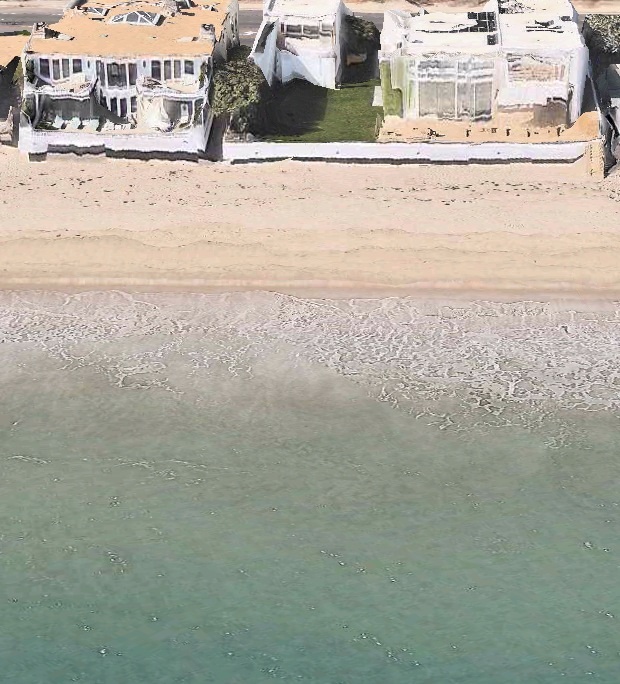 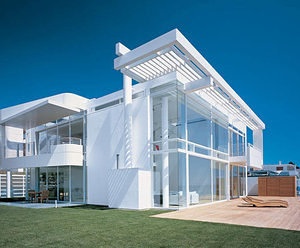 Richard Meier actually completed this beach house for the Broads on Malibu’s Carbon Beach. Built on a double lot, the austere structure sits atop a rare (and impeccably manicured) grassy lawn and enjoys sweeping views of the Pacific. It was completed in 2001 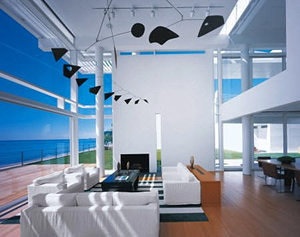 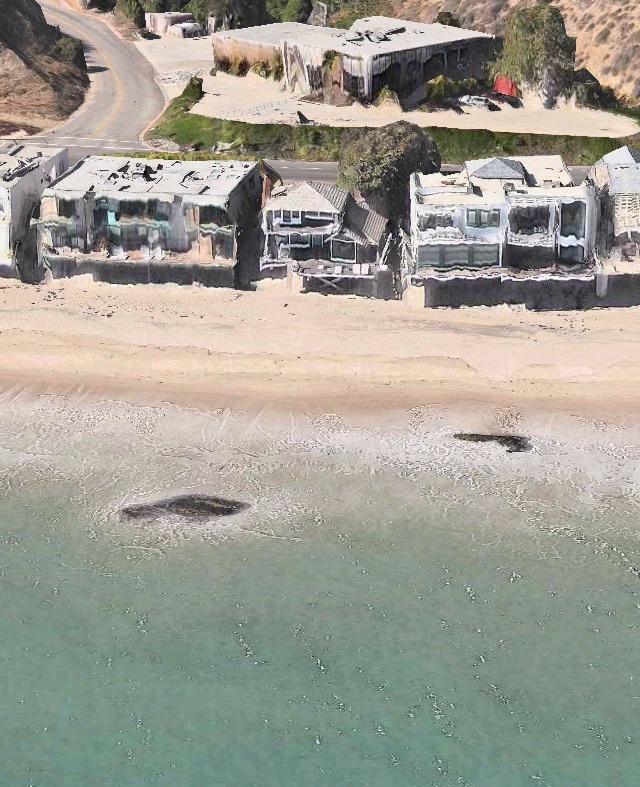 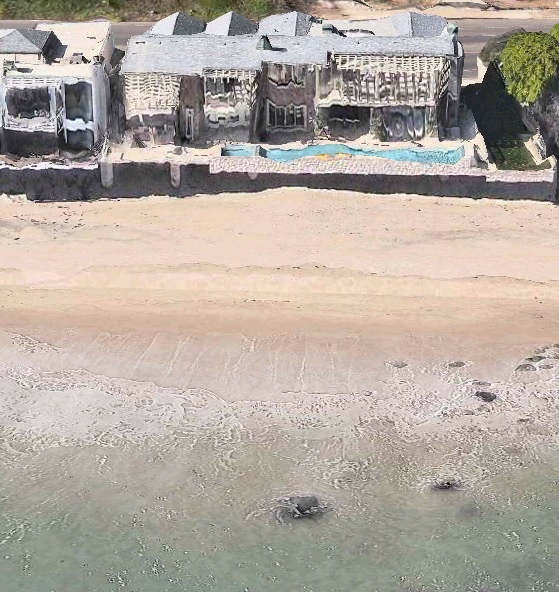 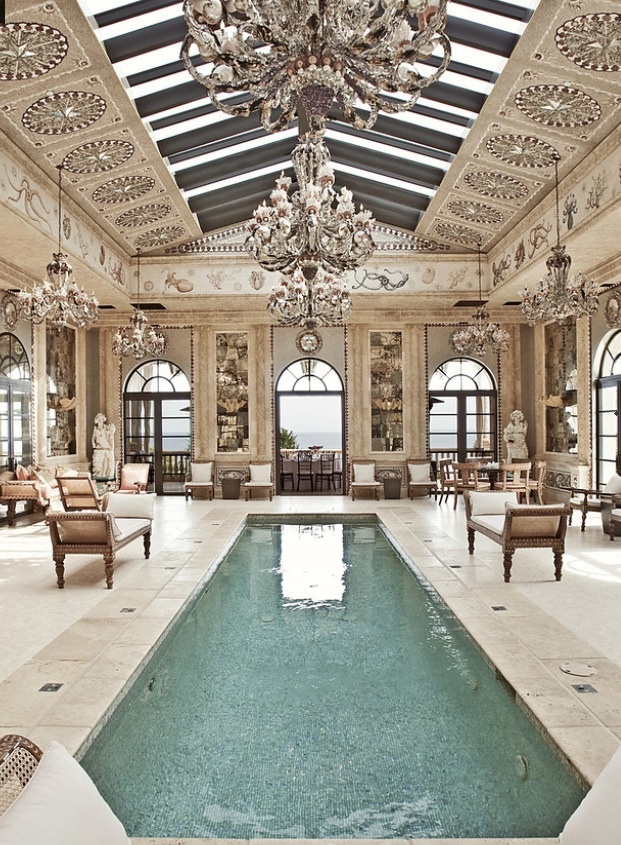 The Above Home is for sale.

Billionaire Graeme Hart to build another super yacht project U-77, Ulysses III will be 77m

Build a palace, I worked for the UAE Royal Family